Sydney Water has installed a second Bandalong Litter Trap on the Cooks River in 2017 due to the success of the first trap installed in 2014 for the City of Canterbury Council and Sydney Water.

According to Cooks River eco-volunteer Peter Munro the Litter Traps have been effective at capturing large amounts of litter that makes it way into Sydney Waterways. "While we prefer that litter didn’t get into our rivers in the first place, the litter traps and booms are removing large amounts of the floating litter, improving the health and appearance of the rivers and protecting our wildlife."

Nell Graham, Team Leader Environmental Strategy at City of Canterbury is appreciative to have this project completed and operational.

Nell advised that Sydney Water contractors are emptying the litter traps every week and they remove about 3 cubic metres every service.

City of Canterbury advised that the public are very appreciative and comment that the river downstream of the Bandalong Litter Traps is now looking great. 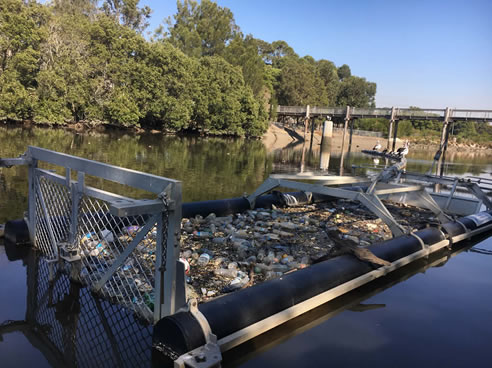 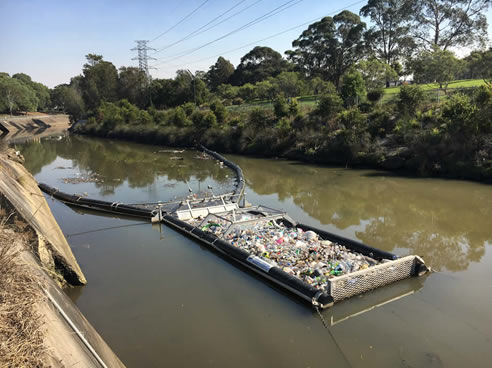 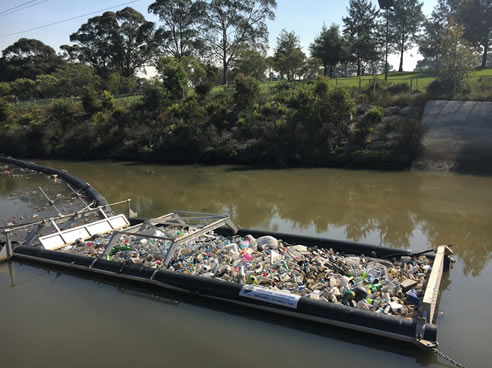 Bandalong International and its Nigerian client Phoenix Investments have installed two litter traps for The Ministry of the Environment in Lagos, Nigeria.

Our installer made the 24 hour trip from Melbourne to Nigeria in November 2012 to provide training for the local contractors on assembly and installation.

The first litter trap was installed on the Ogun River which flows through the Ajegunle Village and the second on a smaller canal in Alaka Road Lagos.

As the photos show it wasn't long before the traps were collecting litter & debris. 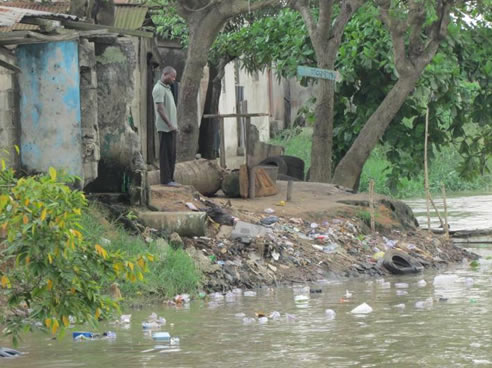 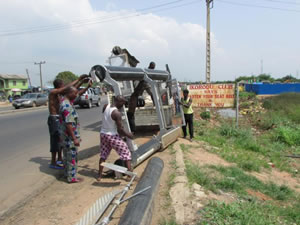 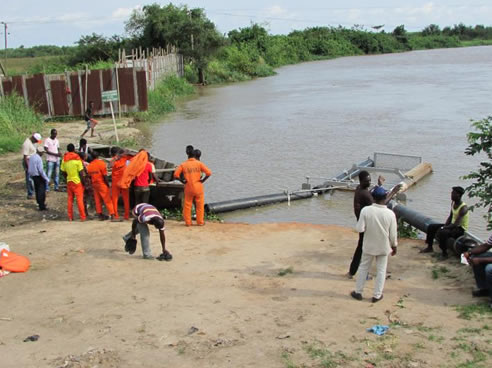 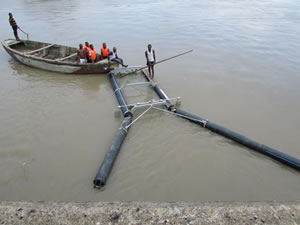 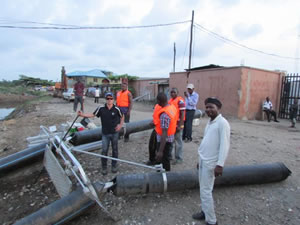 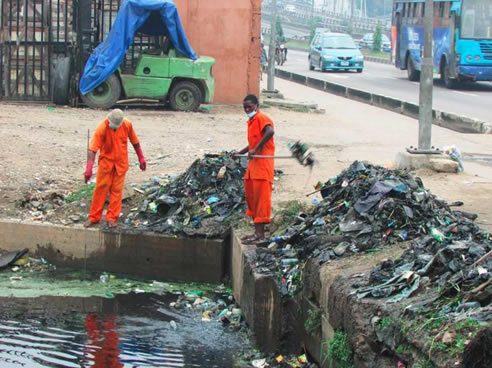 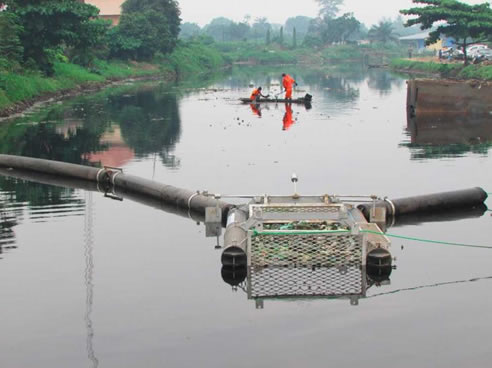 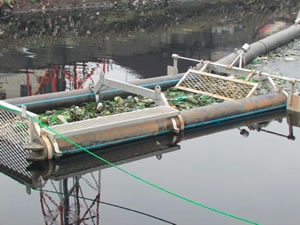 The Sanctuary Lakes developer was required to install a barrier preventing weed and debris escaping from the lake into the surrounding wetlands and approached Bandalong for assistance.

We designed a 75 metre long boom system to suit the developer's specifications including a flexible skirt and powder coated aluminium components to blend in with the booms.

Results are that our boom system has dramatically reduced the weed escaping through into the wetlands and also minimised the labour time involved in the collection of the weed from the lake. 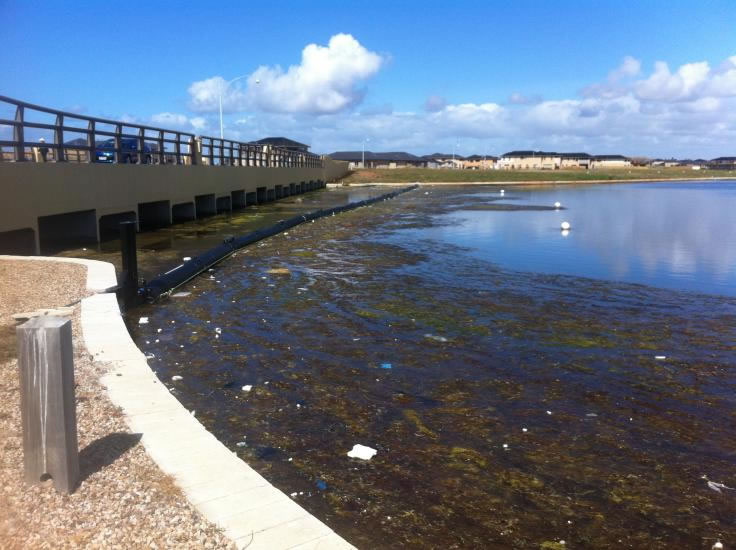 Clean waters for the United States

This Bandalong Litter Trap was installed in Washington DC by our USA licensed partners Storm Water Systems. It was the first of seventeen Litter Traps to be installed in the USA. As clearly visible in these photos the litter trap again show how effective they are at capturing litter in our waterways. This is only one of many planned to be installed throughout the USA. Well done to the team at Storm Water Systems USA. 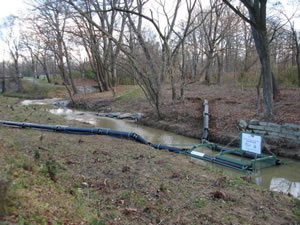 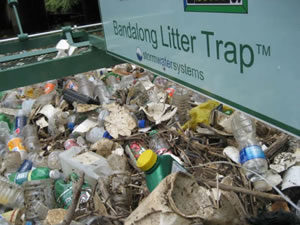 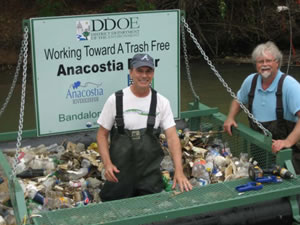 Another step toward saving our Great Barrier Reef

Cairns Regional Council has installed a Bandalong Litter Trap at Moody Creek. This site has a tidal difference of around 1.5 metres and an approximate width of 25 metres.

The litter shown was collected even before the installation was completed; the trap works as soon as it hit the water. 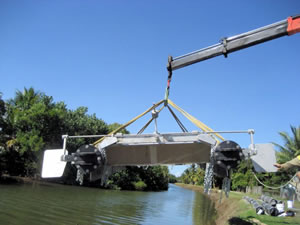 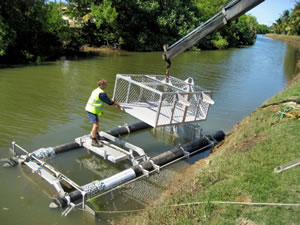 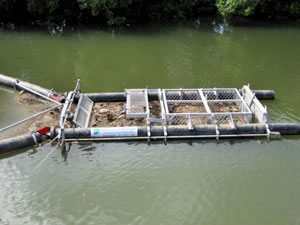 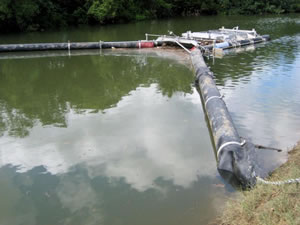 Improve the Quality of Your Waterways

The Australian Solution to a Global Problem